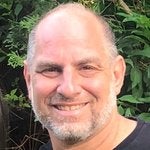 My father Ira suddenly passed away from a heart attack when he was 47 years of age. He was in the prime of his life and I was just 19. He was a great father, husband, son, friend, and a New York University School of Law graduate.
He started his law firm in the late 1960s in the Bedford-Stuyvesant area of Brooklyn when the area was far from trendy. His clients were folks from the neighborhood who went to his office when it came time to draft their wills. He helped guide families through the process of buying and selling a home. He represented businesses mom and pop businesses throughout the city along with major grocery chains. He maintained a strong reputation as an effective litigator. When he passed, hundreds of his clients attended his funeral, which was a testament to how well respected and liked.
He was a man of action and goals. He loved life and lived it to its fullest. Most people remember how funny he was. He was also so smart, down to earth, caring and wise. He was there for not only his family but his friends. He taught me how to be strong and resilient. He innately understood that life is short. My immediate family all moved on and thrived just as he would have wanted. As the saying goes, time heals all wounds. But I will never forget him.
After his death, another lawyer took over his firm. Back in the late 1980s, the law prohibited my mother, a non-lawyer, to sell the practice. We were left with nothing to show for his hard work in growing his firm.
I graduated from college at  SUNY Albany in 1990. From there I decided to move to Washington, D.C., and work on environmental issues. For three years, I worked for both Clean Water Action  and Greenpeace, where I worked on educational efforts and fundraising. From there, I came to the conclusion that it would be best if I follow the footsteps of my father and I enrolled at the Quinnipiac University of Law in 1993.
The decision to become a lawyer is the best decision I ever made (besides marrying my wife Tracy).
Like my father, I decided to start my law practice right out of law school. I secured my first client within a week of starting my practice and I haven't looked back. This firm has now been running for over 23 years.
Like my father's practice, my practice encompasses civil litigation, business law, personal injury, wills, and real estate. I have handled litigation matters from inception to trial.

I have conducted trials, argued motions, negotiated settlements, and won appeals. I have successfully handled many real estate closings and have drafted thousands of legal documents.

When not in the office, I like to spend time with my wife, kids, family, my beagle, and friends. I enjoy attending cultural events and exploring different areas of New York City and Long Island.

I love reading about business, law, non-fiction, literature, current events, music, and history. I enjoy the great outdoors and exercising.  I have traveled extensively throughout the United States, Europe, Canada, and Mexico.

Eastern District Federal Court of the State of New York

Southern District Federal Court of the State of New York