Homeowner's Insurance and Slip and Fall in New York

One of the most common ways a person is injured is through slip and fall accidents. It is common knowledge that accidents on the road are covered by insurance; however, many don't realize that accidents that occur at a person's place of residence may also be covered by an insurance company. Insurance companies often have homeowners allocate a certain amount to personal liability.

Many of the commonly encountered slip and fall cases that arise in the state of New York deal with customers at a store, shopping center, or other places of business. But many times, slips and falls occur at a person's residence. When this happens, there can be factual discrepancies that an attorney can help resolve.

Slips and falls are most commonly handled under a body of law known as premises liability. Traditionally, this body of law divides entrants to a person's property under three separate categories. The category under which a person fit would determine whether or not they could recover a claim. In most cases involving a person being injured at someone's home, they will likely fall under the category of a "licensee."

A licensee is able to recover for injuries they suffer as a result of not being warned by the homeowner of any dangers that are known to the homeowner but hidden to a guest. This can lead to many different factual interpretations of one event. Any attorney will be able to help you understand where your situation fits within the law, and what you may be able to recover for your injuries from the accident.

Common Sources of Slip and Fall Accidents at Home

Some of the most commonly seen sources of a personal injury accident at a person's home or place of residence can include:

Many times, slip and fall incidents are recoverable through homeowners insurance. Homeowner's insurance is intended to cover a wide array of incidents that can happen on a person's property, one of which is personal liability in a lawsuit. Insurance companies can supply the bulk of damages in a lawsuit. "Damages" refers to what a person recovers after a lawsuit against another party.

Should I Speak With The Other Party's Insurance Company?

When you have a case being actively investigated and litigated, it is never a good idea to speak with the other party's insurance company. They may initially appear friendly, but more likely than not, they will attempt to persuade you into accepting a settlement. Remember, the other party's insurance company likely has their own finances in mind rather than you recovering a fair amount for your injuries.

The simplest way to resolve any contact you have with the other party's insurance provider is to simply advise them that you have retained an attorney and to direct any questions they may have to your attorney.

Homeowner's insurance policies will cover a certain amount for personal liability arising out of any incidents related to the condition of the premises. Typically, the policy will not cover any intentional wrongdoing on part of the insured, nor will it cover things outside of the scope of what is liable. An attorney will be able to help figure out what can be covered, and what is eventually recoverable from the insurance company.

If you or a loved one has been injured on another's property in New York, contact the Law Office of Frederic R. Abramson today. 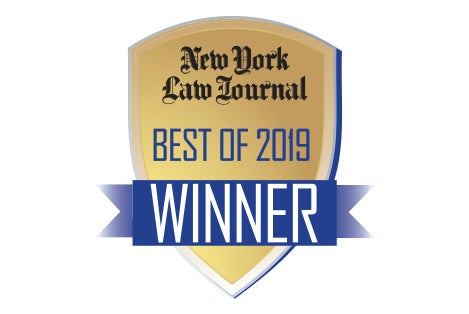