What is a Civil Suit? 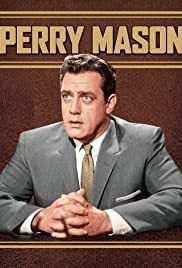 When most of us think of the law, the legal thriller comes to mind. The legal thriller has been part of the American culture for over half a century. In the age of early Antenna TV, CBS began showing Perry Mason in 1957, a mainstay of its TV lineup during the early years of television. John Grisham, perhaps the most famous legal writer of our time has written in the New York Times all the way back in 1992: “Though Americans distrust the profession as a whole, we have an insatiable appetite for stories about crimes, criminals, trials and all sorts of juicy lawyer stuff.”

Grisham observes, however, the genre has focused almost exclusively on criminal law and criminal trials. Our “insatiable appetite” for legal fiction does not extend to the “drama” of breach of contract actions, will contests, patent lawsuits, or antitrust claims.

While they lack the riveting attention of criminal court cases, civil lawsuits are nevertheless an important element of the American legal system and a vital way by which the rights of individual citizens are protected in the face of the countless vagaries and shades of gray that constitute daily life

Perhaps the best depiction of a civil suit on-screen is The Verdict came out in 1982 which highlights medical malpractice. Paul Newman plays broken-down attorney, Frank Galvin. Galvin's pal, a lawyer named Mickey Morrissey (Jack Warden) has drummed up a little work for him: An open-and-shut malpractice suit against a Catholic hospital in Boston where a young woman was carelessly turned into a vegetable because of medical oversight.

The deal is pretty simple. Galvin can expect to settle out of court and pocket a third of the settlement - enough to drink on for what little future he is likely to enjoy.

But Galvin makes the mistake of going to see the young victim in a hospital, where she is alive but in a coma. And something snaps inside of him. He determines to try this case and to prove that the doctors who took her mind away from her were guilty of incompetence and dishonesty. In Galvin's mind, bringing this case to court is one and the same thing as regaining his self-respect - with emerging from his own alcoholic coma.

What is a Civil Lawsuit?

A criminal action is a procedure by which a person accused of committing a crime is charged, brought to trial, and judged. The main part of a criminal action is the trial in which the innocence or guilt of the accused is determined.

Unlike a criminal lawsuit, a civil lawsuit is where the plaintiff is the party or person(s) that seek to hold the other party, the defendant responsible for some sort of harmful act or wrongdoing, such as a personal injury action or breach of contract claim.  If the plaintiff is successful in their civil action — such that the court rules that the defendant is liable for legitimate damages — the defendant is then required by law to pay restitution to the plaintiff, usually in the form of money damages.

What are the Different Types of Civil Lawsuits?

How is a Civil Lawsuit Commenced?

The answer provides for a brief response to the allegations of the complaint, generally to admit, deny, or deny based on the defendant's information and belief. An answer is also the chance for the defendant to make counterclaims against the plaintiff and cross-claims against co-defendants.

The next part of the litigation process involves discovery. Discovery is the exchange of information and documents between the parties. In a business lawsuit, discovery may involve a request for documents, business records, emails, phone records, or other types of evidence. Discovery can range from exchanging a couple of boxes of documents to truckloads of records, depending on litigation complexity.

Discovery also includes having the other party answer specific questions in the form of interrogatories and taking depositions. A deposition is a live testimony taken from parties and witnesses. Depositions are taken under oath where the party or witness is questioned by an attorney and the testimony is recorded by a stenographer.

Anytime after the initial pleadings are made, each party may engage in pretrial motion practice. When filing a motion, the party is seeking to have the judge make a ruling on a legal or evidentiary issue. For example, when one party is not responding to a request for documents, they may file a motion to compel discovery.

Pretrial motions may also involve a motion to dismiss the complaint or a motion for summary judgment. A motion to dismiss can be made in lieu of filing an answer, claiming that plaintiff failed to state a claim upon which relief can be granted. A motion for summary judgment is generally filed after discovery, claiming that there are no facts in dispute and the judge can rule in favor of that party without having to go to trial.

After discovery is completed and the judge has ruled on pretrial motions, the case may finally go to trial. However, most civil lawsuits are settled before trial. A judge may try and get the parties to settle the case through a settlement conference. The parties may also use other forms of alternative dispute resolution, including mediation or arbitration. Juries can be unpredictable and trials can be expensive. This may make it in both parties' interest to settle a case before it goes to trial.