What type of Money Damages are Available for Breach of Contract in New York? 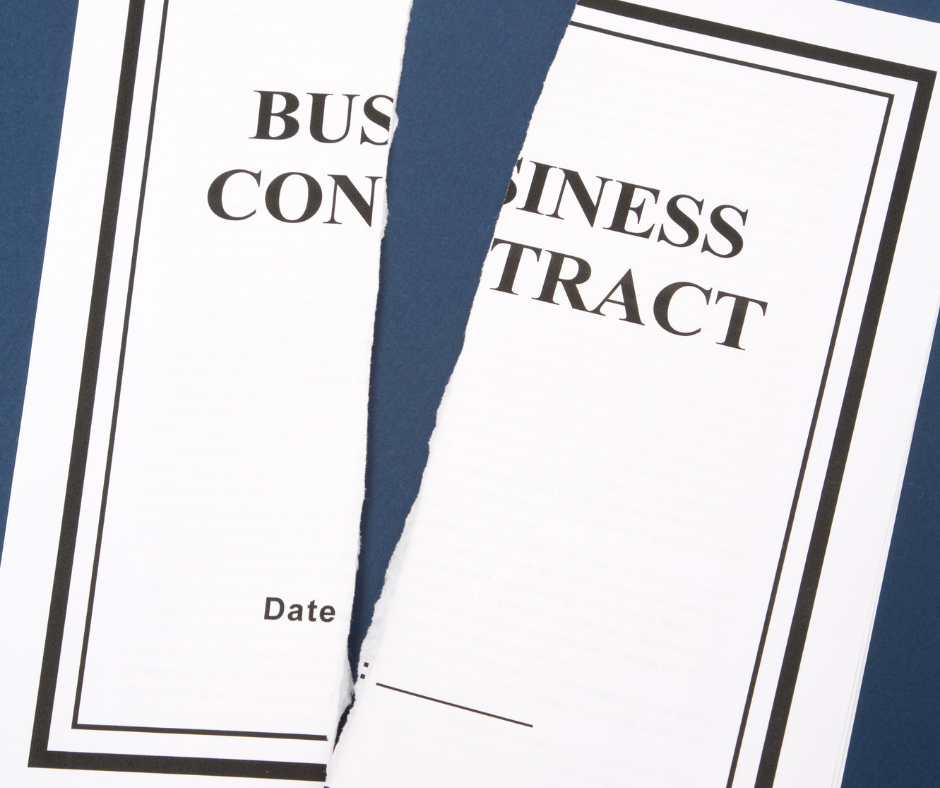 Every company gets stuck in contracts that aren't good for business--the long-term purchasing agreement made before market prices dropped, the lease for too much office space, the sale with an impossible delivery date. Depending on the contract and the type of breach, in a breach of contract suit if you are the plaintiff you may have following legal remedies.

Damages are in the primary focus in breach of contract cases. Most plaintiffs in a business contract lawsuit are looking to obtain a money damages for the harm they suffered. Generally, if you are not looking for money damages, you shouldn't bother commencing a lawsuit.  There are times, when the defendant agrees that there is a breach of contract, but they disagree on how much money is owed. Often when a lawsuit is commenced, the defendant will countersue for damages. The court will require both parties to establish how they calculate damages. Contract damages must not be based on guesswork, such as loss of future business that was not foreseeable when the parties entered into the contract.

It is well established that in actions for breach of contract, the non-breaching party may recover general damages which are the natural and probable consequence of the breach. "[I]n order to impose on the defaulting party a further liability than for damages [which] naturally and directly [flow from the breach], i.e., in the ordinary course of things, arising from a breach of contract, such unusual or extraordinary damages must have been brought within the contemplation of the parties as the probable result of a breach at the time of or prior to contracting" (Chapman v Fargo, 223 N.Y. 32, 36; see also, Czarnikow-Rionda Co. v Federal Sugar Ref. Co., 255 N.Y. 33; Kerr S. S. Co. v Radio Corp., 245 N.Y. 284; Booth v Spuyten Duyvil Rolling Mill Co., 60 N.Y. 487; Baldwin v United States Tel. Co., 45 N.Y. 744; Leonard v New York, Albany & Buffalo Elec. Magnetic Tel. Co., 41 N.Y. 544; Hadley v Baxendale, 9 Exch 341, 156 Eng Rep 145; McCormick, Damages § 138, at 562). In determining the reasonable contemplation of the parties, the nature, purpose and particular circumstances of the contract known by the parties should be considered (see, Mortimer v Otto, 206 N.Y. 89, 91; 36 NY Jur 2d, Damages, § 40), as well as "what liability the defendant fairly may be supposed to have assumed consciously, or to have warranted the plaintiff reasonably to suppose that it assumed, when the contract was made" (Globe Ref. Co. v Landa Cotton Oil Co., 190 US 540, 544 [Holmes, J.]; see also, Kenford Co. v County of Erie, 67 N.Y.2d 257, 262, supra).

The business that has been harmed is responsible for mitigating the damages in a New York breach of contract case. If your business has been damaged, it is expected to mitigate losses by making reasonable efforts to offset losses when possible.  But what is reasonable?  It means the injured party must do what a reasonable person under the same circumstances would do, taking all relevant information into consideration. Many experienced business people do not understand the responsibility to mitigate damages or the ramifications of the failure to take action to reduce or eliminate losses. New York businesses are able to recover for the financial losses or “damages” associated with a breach of contract. However, the law requires them to take prompt, prudent, and substantial steps to mitigate the impact of the breach upon their own business. This may require them to make arrangements with downstream consumers or customers who were affected by the breach.

The standard for imposing punitive damages is a strict one in New York and punitive damages will be awarded only in exceptional cases, the conduct justifying such an award must manifest "spite or malice, or a fraudulent or evil motive on the part of the defendant, or such a conscious and deliberate disregard of the interests of others that the conduct may be called wilful or wanton" (Dupree v Giugliano, 20 NY3d 921, 924 [2012] [citation and internal quotation marks omitted]). Punitive damages may only be awarded if defendant's acts were, "wanton and reckless or malicious. Punitive damages may be awarded for conduct that represents a high degree of immorality and shows such wanton dishonesty as to imply a criminal indifference to civil obligations" Punitive damages are rarely awarded in breach of contract cases and only in egregious situations.

4. Damages Stated in the Contract

Liquidated damages constitute the compensation which, the parties have agreed, should 424*424 be paid in order to satisfy any loss or injury flowing from a breach of their contract. (Wirth & Hamid Fair Booking v Wirth, 265 N.Y. 214, 223.) In effect, a liquidated damage provision is an estimate, made by the parties at the time they enter into their agreement, of the extent of the injury that would be sustained as a result of breach of the agreement. (5 Williston, Contracts [3d ed], § 776, p 668.) Parties to a contract have the right to agree to such clauses, provided that the clause is neither unconscionable nor contrary to public policy. (Mosler Safe Co. v Maiden Lane Safe Deposit Co., 199 N.Y. 479, 485.) Provisions for liquidated damage have value in those situations where it would be difficult, if not actually impossible, to calculate the amount of actual damage. In such cases, the contracting parties may agree between themselves as to the amount of damages to be paid upon breach rather than leaving that amount to the calculation of a court or jury. (14 NY Jur, Damages, § 155, pp 4-5.)

On the other hand, liquidated damage provisions will not be enforced if it is against public policy to do so and public policy is firmly set against the imposition of penalties or forfeitures for which there is no statutory authority. (City of Rye v Public Serv. Mut. Ins. Co., 34 N.Y.2d 470, 472-473.)

Before the parties can assess damages, you should review the underlying contract to determine if particular provisions designate remedies or limit exposure for one or both parties.